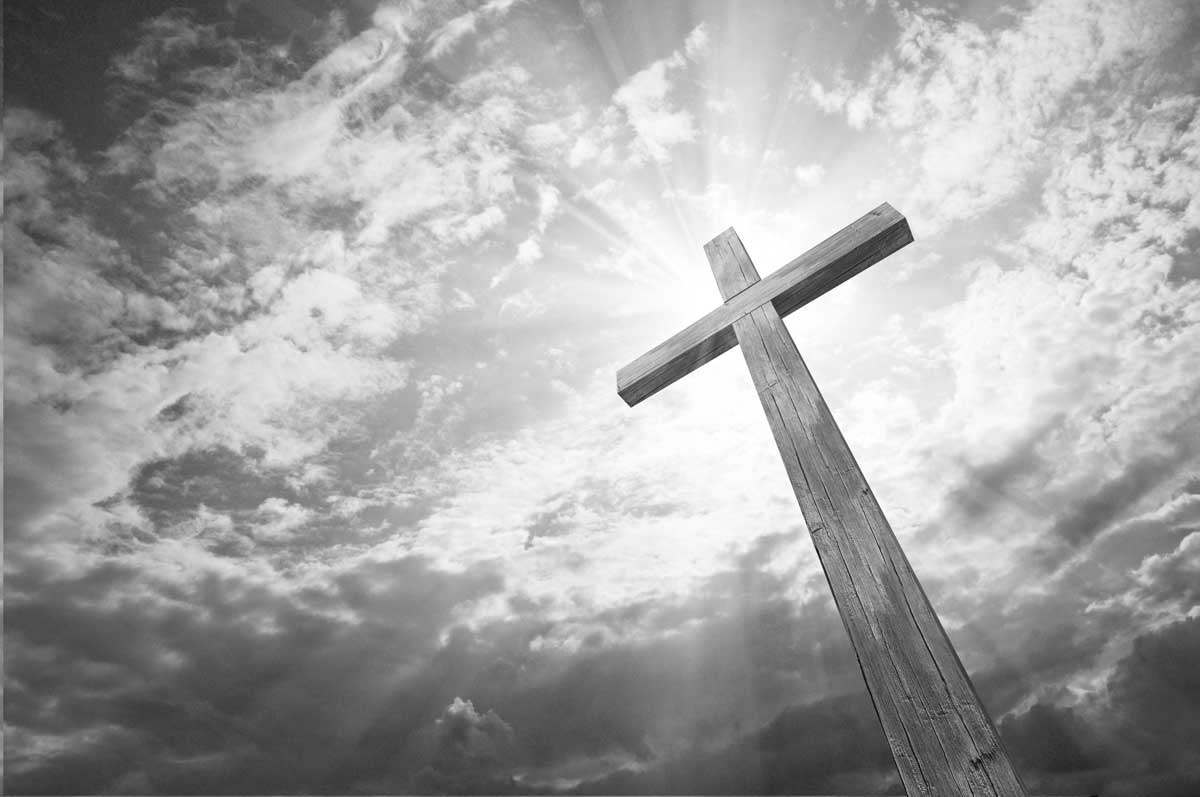 CRITICAL INFORMATION THAT EVERY CHRISTIAN MUST HAVE & UNDERSTAND IN THIS FINAL HOUR.

And ye shall know the truth, and the truth shall make you free! (John 8v32)

A while after the creation due to pride and unrighteousness because he wanted to place himself on the same level as God (Ezek 28v17-18, Isaiah 13v10-15)

The Jezebel – spirit synonym is: spirit of disobedience and rebellion. This is derived from the wicked King Ahab’s equally wicked wife Jezebel (1 Kings 16v29-34).Disobedient and in total rebellion against God’s order, commands and commandments (Rev 12v1-17)

When Lucifer wanted to raise himself up into the 3rd heaven to God and he was cast out, it became his nr1 priority to oppose God in every area in rebellion and to destroy God’s laws and order (Ps 2v2-3).To make a mockery of God’s creation in Gen 1&2.

666 versus 777- darkness against light (Matt 24v7) to eliminate God’s order: God-Jesus-man-woman-child.His primary end goal, the destruction of all moral values and standards, marriages and in particular – the bride of Christ. To that end to promote his own kingdom with the antichrist as king (Isaiah 10v7-14) and to defeat Jesus Christ and His army at the battle of Armageddon (Rev 16v16, Rev 19v11-21) and to raise himself as “God”.

He uses normal people with common and simple methods and situations that crosses our paths every day. Hence he started 6000years ago with Adam and Eve, the biggest and the most successfull onslaught under our eyes today being eroticism (sexual-pornographic-social media)

It is in the genes of all the people, men and woman, young and old, in the past, the present and the future and will only disappear during the creation of the new heaven and new earth(Rev 21v1-5)NB!!! Prophesy indicates that this spirit will be manifested massively in both men and women before Jesus’s coming (Hosea 4v6, 2 Tim 3v1-5, Isaiah 3v12, Isaiah 3v16-24, Isaiah 24v1-6)

The human cell exist of a core with 46 chromosomes and chromosome threads (chromatids) whereupon the genes are. In this genes your hereditary characteristics are found (genetics) (The apple doesn’t fall far from the tree).The chromosome number in this cell will indicate what you are – a human, sheep, ox etc.

The current worldwide manipulation of food, plants, animals & humans, as well as cloning is a massive end time rebellion against God and His creation that had its roots already in (Gen 11v1-6).

Yes we are created in His image.

Yes- God created him with enormous wisdom and beauty, the morning star, son of the nowadays.

It is your total heredity package – how you look, how you think, talents, preferences, dislikes,intelligence, how you reason etc.

God’s history of salvation with the human race extend over 7000 years (Gen 2v1-3, 2 Peter 3v5-8) the population is at present over 7 billion. The 7 years gets divided into 7 dispensations

JEWISH DISPENSATION of  7 YEARS – because they crucified  Jesus and – due to the words “let His Blood come on us & our children”. God shortens the time (Matt 24v22) 6.Dispensation of peace kingdom – 1000 years – (Isaiah 11v1-9, Sabbath Heb 4v9, honeymoon – Rev20v4-6) 7. Dispensation of the new Heaven/Earth Jerusalem for eternity

Satan’s genetics is –he is the father of all lies, highly intelligent (cunning) and super sly and underhand (Lucifer – Ezk 28v2).Satan can change his appearance in seconds depending on the situation for example a devil, snake, dragon or even an angel of the light (2 Cor 11v14-15).In the garden of Eden Satan chooses to disguise himself as a snake and starts to communicate with this 2 inoccent,unsuspecting people to ARGUE and asks “Is it really true” (Gen 3v1).He begins directly with brain manipulation and Eve because of previous answer, replies with another lie (not allowed to touch the tree) whereupon Satan answers with another lie – you’ll definitely not die (Gen 3v4)after which both Adam and Eve eat the forbidden fruit.

The moment they ate the fruit both of them lost their glorified, immortal bodies and they receive Satan’s corrupt genetics (John 8v44) in their genes- a spirit of falsehood, spirit of rebellion, spirit of disobedience, manslaughter,(Cain/Abel),spirit of jealous, spirit of denial that manifests in all generations in all the people.

God calls out to man – where are you? What did you do? Immediately Satan’s spirit of falsehood manifested in denial in both Adam and Eve! It is not me (just think back at what you said when traffic cop stopped you with you speeding!)

Israel, Jesus Christ and all the Christians through the ages (Rev 12v17)

He is sly, back biter, coward, underhand – always comes from behind.

No, also the plants and animals because of God’s curse. Multitude of fishes and animals become carnivores (NB!!! Curses are forbid by Jesus because it can cause catastrophic consequences and can last a lifetime. Jesus and the fig tree – Mark 11v12-26.Noah curses Ham son Canaan! (Gen 9v25, 29) Bloodline curses

Satan has used many methods. In God’s word there are many references where he manipulated woman to discredit God’s actions and mocks it, for example Potiphar’s wife with Joseph (Gen 39v12) Abraham – Sarai with Hagar (Gen 16v1-4) Rebecca turns Jacob into a lair (Gen 27v11-24) Samson & Delilah (Judges 16) David with Bathsheba (2 Sam 11v1-5) Michal – wife of David (2 Sam 6v16) Salomon with 700 wives and 300 concubines (Kings 11v3-9). King Ahab and Jezebel(Nebot – priest of Baal – Elia)(1 Kings 16v29-34) consequently he is going to deceive a multitude of women through women’s rights primary in the end time ,sin rebellion against God order and from 1960 up to today we have a lot of new words under the banner of democracy. During this time women began wearing pants.

A whore gets called a prostitute.

A whore with which you can fornicate changes to companion.

All forms of modern technology, in particular FACEBOOK. Bibles are being rewritten with massive changes, omissions and additions (Gen 2v18)”woman as man’s helper” gets changed to “women and men are equal”. Female form of address disappear, women starts to wrestle, box, play soccer, rugby, becomes soldiers, police, women in church positions and government positions (Isaiah 3v12-13)Massive spirit of pornography and women temptations (Isaiah 3v16-24), immorality ascends, marriages collapse by thousands, couples stay together (1 Tim 4v3).Women’s rights are being blown bigger by the United Nations in subtle rebellion against God (Ps 2v2-3) to bring homemakers out of the homes and to get to their children staying home alone. A massive spirit of world materialism begins (James 5v1-5)

He uses his age – old technique of lies through brain washing – the onslaught on your thoughts- through replacing words with more acceptable ones, example democracy – it is your right – while everything must be seen as a privilege and he brain washes the whole world, all governments, religions and in particular the whole Christendom – preachers and church members (2 Tim 3v1-5) to follow his dirty and sly rebellious methods.

What is God going to do with today’s preachers and church members?

It simple means: The people rule by implication the child rules the house, the children rule the school, the church member rules the church.

At present the world is preparing for the biggest tradegy ever, because of Satan’s rebellion and underhand methods against God and the people’s Adamite spirit of not paying attention and responding (men – Hosea 4v6) It will be shortly conducted – and inevitable the 70th year week of Daniel begins- Daniel 9v27 (the great tribulation of 7 years) during which 7,2 billion people (Isaiah 24v1-6) are going to die with the antichrist the son of perdition (2 Thes 2v1-10) the biggest despot, dictator and people murderer in control.

TAKE NOTE !!! There is only one recipe: TO KEEP IT ACCORDING TO GOD’s WORD!

God’s promise to every man and family that is unfaithful and disobedient! (Hosea 4v6)

CHOOSE TODAY – TIME HAS RUN OUT – INJURY TIME ALMOST UP!!

Be watchful because Satan walks around like a roaring lion to see who he can devour!!!